Skip to content
In 2011, months before the Presidential Preference Primary in which Florida’s registered Republicans would choose between Mitt Romney, Newt Gingrich, Rick Santorum and Ron Paul, I changed my party affiliation to Republican. I wrote about that decision in a post called “An Unorthodox Suggestion.”

As I explained then, Florida is a closed primary state. Only voters registered with the party that is holding the primary may vote. (There are five kinds of primaries: blanket, top-two, open, closed and hybrid. More here.)

I understand and appreciate the differences between the Republican and Democratic Party philosophies of government, and I know which Party’s candidate I will vote for in November. 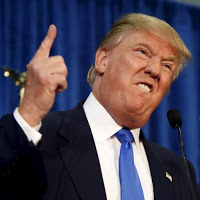 But I am appalled that Donald Trump won the Iowa and New Hampshire Republican primaries and is winning in the polls. He is an embarrassment to our country.

And the possibility of a Trump presidency is terrifying.

So regardless of how you will vote in November, right now you have the opportunity to try to keep Donald Trump from getting that far IF you are a registered Republican by Tuesday and vote in that party’s primary next month.

You can change your party affiliation at any time, as often as you like. But you MUST BE REGISTERED AS A REPUBLICAN BY TUESDAY, February 16, in order to vote in Florida’s Republican Presidential Preference Primary on March 15.

It’s easy to do. Just click here, complete and print the form, and get it to the Supervisor of Elections office by Tuesday.

Every vote matters. Don’t miss your one opportunity to deny Trump the presidency.