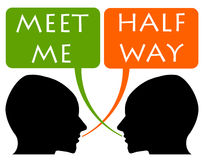 When I started writing this post, my working title was “A matter of acoustics, or separation of church and state?”

Fortunately, I came across the Naples Daily News editorial “School administration on right course with BCHS choral compromise,” and realized I was writing the wrong story. While I am a strong defender of the separation of church and state, the threatened lawsuit over this matter would be costly in terms of both time and money, and its outcome is by no means certain. So I support the current Barron Collier High School compromise, and I hope you will, too.

The underlying situation is that the High School Choir’s Fall Concert was cancelled late last month with 24 hours notice. The parents of the choir members were informed of the cancellation in an October 29 letter from the school’s principal, Tammy Caraker.

No wonder I started down the path I did. These are just some of the many Naples Daily News articles on the subject:

Since late 2013 especially, there have been concerns from parents and the American Civil Liberties Union (ACLU) regarding whole choir performances, required as part of this co-curricular course (of which the four choir performances are part of the academic grade), being limited solely to the Moorings Presbyterian Church venue. Last May, we worked to support the choir program when the ACLU advised it was considering legal action to halt the May event from proceeding at the Moorings Presbyterian Church venue. As a part of our support, the District did a careful review of both the propriety of the performance literature content as well as the venue issue. Nevertheless, we concluded that a search for alternative venues providing a multi-site balance was appropriate moving forward.

According to a November 17 letter to the parents, a compromise is currently in place. Two of the school’s four annual concerts will be held at a secular venue, and two will be held at a church venue. Principal Caraker wrote:

Our intent is to honor the multiple sensitivities and religious concerns of our participating students as well to maintain a pedagogically rich and diverse musical program and not risk losing the ability to use a church venue.

The Naples Daily News editorial pointed out that what’s at stake is a lawsuit by the ACLU and subsequent involvement of the Liberty Counsel, “a national public interest law firm specializing in constitutional law, particularly free speech, religious freedom, and church-state matters” whose mission is “Restoring the Culture by Advancing Religious Freedom, the Sanctity of Human Life and the Family.” See Libery Counsel’s October 30 letter to Superintendent Patton offering “a pro bono defense of the Collier County Schools, should it do the right thing by the students and be challenged [by the ACLU] on this issue.”

Four community members urged the Board to hold the concert at the church at last month’s Board Organizational Meeting, when the matter wasn’t even on the agenda. They, or others, are sure to be out in force at next Tuesday’s meeting, when it is. See the Parents’ Rock Facebook page here and Erika Donalds’ page here.

Our School District’s focus – both time and money – should be on education. Our children, our administrators, our School Board and our community don’t need the distraction or expense of a major, high-profile lawsuit. Compromise is the right approach.

Please let our School Board and Superintendent know you agree by emailing all six of them as soon as possible:

And join me at the School Board meeting next Tuesday, December 9 at 5 PM (get directions). Let the Board hear your views in person, as I plan to do. This is a hot-button issue which is sure to draw a crowd.