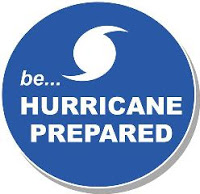 “Florida was ill-prepared for a major hurricane, audit warned,” is the title of a recent article in the Tampa Bay Times. It began:

Long before Florida entered the deadliest hurricane season in a decade, auditors at the state’s Division of Emergency Management sent out a warning: the state was ill-prepared for a major disaster.

A 23-page annual audit  completed in December 2016 by the agency’s inspector general detailed a lengthy list of deficiencies needed to prepare and respond to a hurricane. Among them:

The report concluded: “The division’s ability to respond to disasters may be impaired.”

In doing research for this post, I discovered that the same day the article was published, the state Department of Emergency Management (DEM) issued a press release titled “Times/Herald Mischaracterizes Readers On State Hurricane Preparedness.” It said the audit was one of several “internal reviews” commissioned by the Department that year “to assess and improve our organization’s abilities,” and that in the months since, “the Division has made tremendous strides in advancing its capabilities with regards to leadership, personnel and processes, and will continue to improve our service to Floridians.”

Further, according to the release:

“At no point before, during or after Hurricane Irma’s impact were any unmet needs expressed by county emergency managers or county leaders in all of Florida’s 67 counties. In fact, resource needs were met in such a robust fashion that many counties were able to return large quantities of these items to both FEMA and the State of Florida – a testament to the effective response coordinated by the State Emergency Response Team.”

So — was the state ill-prepared for Hurricane Irma as the article suggested, or did the Times/Herald mischaracterize the situation, as the DEM claimed?

The truth is undoubtedly somewhere in between. “No one can say if the shortages of supplies and the expired contracts hampered the ability of emergency managers to prepare Florida for Hurricane Irma or delayed its recovery,” said the article. “However, in the days leading up to the storm, there were anecdotal accounts of supply shortages and transportation lapses.”

The December 2016 audit report made four specific recommendations to DEM:

DEM said it concurred with the report and outlined how it planned to address each of the findings. It said it estimated completion of the analysis called for by December 31, 2017, and that it would address the other findings by March 31, 2018.

If it does, Florida should be much better prepared for the next hurricanes that challenge our state.

Take a few minutes to email Gov.Scott and let him know you’ll be watching.