Skip to content
In the past month, our Florida government began gearing up in earnest for the 60-day Legislative Session that begins next week. Gov. Ron DeSantis issued his first budget proposal, announced an executive order to implement school security measures, and made clear his support for alternatives to traditional public schools, among other noteworthy actions … Cabinet members Agriculture Commissioner Nikki Fried, Attorney General Ashley Moody, and Chief Financial Officer Jimmy Patronis set to work on the priorities they campaigned on … House and Senate committees began meeting … and legislators filed more than 3,000 bills to be considered in the Session.

This post shares highlights of the month’s state news from Tallahassee, as well as some interesting news about our representatives in Congress. 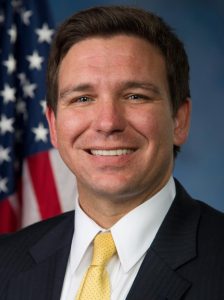 Like the president at the federal level (here), Florida’s chief executive presents a budget recommendation before the start of each year’s legislative session to be considered by the House and Senate in drafting their own. DeSantis’s 2019-20 budget proposalis for $91.3 billion, $2 billion more than the current fiscal year.

Other news about the Governor

News about the Judicial Branch
News from Collier’s Congressional delegation

That’s it for February’s state news. Next up: February ‘s Local News in Review. Stay tuned!