Skip to content
I suggest that my friends in Florida who are registered as Democrats or NPA (no party affiliation) change their party affiliation on their voter registration to Republican.
Why?  Because Florida is a “closed primary” state so only people registered as members of a particular political party can vote in that party’s primary election.
Do you want to influence who President Obama will face in November?
You have the right to do so – but only if you’re a registered Republican.
As an example: you may want President Obama to be running against Newt Gingrich, not Mitt Romney.  Watch this video clip of Bill O’Reilly on Fox News to understand why. 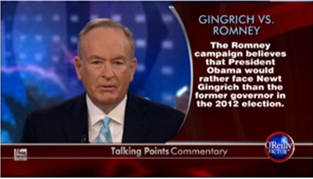 You have the right to vote in any primary you choose. With no Democratic presidential primary, why waste that vote?  Register as a Republican and help shape the election!
You must do so by January 3rd to vote in Florida’s January 31st presidential primary.  Don’t waste a minute; do it now.
It’s easy.  Just click here, complete and print the form, and put it in the mail.  Or call your local Supervisor of Elections.  Don’t waste your vote.